The Jan. 31 USDA cattle inventory report may have contained some bearish surprises compared to analyst expectations, but the fact the American herd is still expanding was no great shock. For those who missed it, the report pegged the total number of cattle and calves in the U.S. as of Jan. 1 at 93.6 million head, up 2% from a year earlier and topping analyst expectations for a more modest 0.8% increase in the total herd. 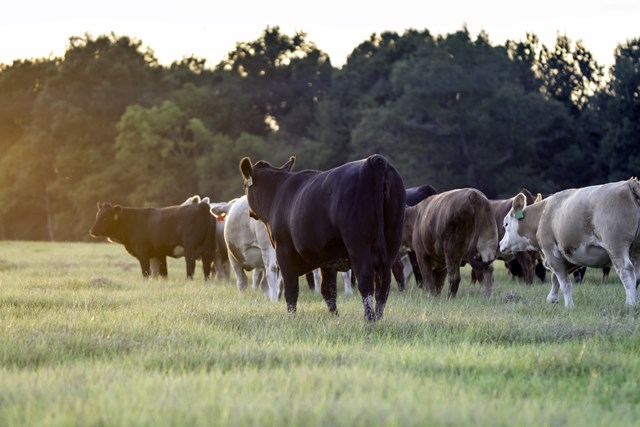 The Jan. 31 USDA cattle inventory report may have contained some bearish surprises compared to analyst expectations, but the fact the American herd is still expanding was no great shock.

For those who missed it, the report pegged the total number of cattle and calves in the U.S. as of Jan. 1 at 93.6 million head, up 2% from a year earlier and topping analyst expectations for a more modest 0.8% increase in the total herd.

Here are our four main takeaway points from the report:

The number of beef cows, at 31.2 million head, was up 3.4% from a year ago, compared to trade estimates for a 1.1% increase, while the number of beef replacement heifers, at 6.42 million, was up 1.2% – defying trade expectations for a slight reduction in replacement heifers of around 1.2%. Meanwhile, the 2016 calf crop in the US was estimated at 35.1 million head, up 2.9% from last year’s calf crop and beating expectations for a 1.7% gain.

The US calf crop is up slightly, for a third straight year.

Clearly, the low prices seen throughout much of 2016, culminating in a six-year low hit around mid-October, slowed but did not stop the rebuilding of the cow herd across the U.S.

In the king beef production state of Texas, the report showed total cattle numbers as of Jan. 1 up 4% from a year ago at 12.3 million, while the number of beef replacement heifers in the state increased to 810,000 from 790,000. Total Oklahoma cattle numbers were up a similarly strong 4%, although beef replacement heifers actually declined from 460,000 to 445,000 in that state.

The Kansas herd increased a more modest 2%, and Nebraska’s herd was unchanged from a year ago at 6.45 million head. Total cattle numbers were also up sharply in Michigan and Missouri (+4% and +6%, respectively), although dairy cattle had more to do with those increases than beef.

No. 2 – It’s still too early for herd liquidation

As noted in our Dec. 29 post, total American cattle numbers hit their lowest point in 63 years at the end of 2013, as producers suffered through the triple whammy of poor market prices, rising feedgrain costs and a multi-year southern Plains drought that decimated pastures and forced unprecedented herd liquidation. That liquidation eventually set the stage for the raging bull market year of 2014, when beef and cattle prices soared to new record highs amid tightening beef supplies.

As they always do, those strong prices then encouraged producers to start ramping up production. By the beginning of 2015, total cattle numbers in the US were up 1.4% from a year earlier, and last year’s Jan. 1 inventory report showed an increase of 2%.

Tack on this latest 2% increase just reported, and the American herd has really only been expanding for about the past three years – compared to the typical expansion phases which generally last between four and six years.

Bottom line: Expansion continues, could continue another one to three years before next herd liquidation phase in the beef cycle. Since it’s after liquidation occurs for a while that you get sustained bullish price response, it seems we’ll need to wait quite a while yet before seeing the next major, long-term cyclic bull market.

No. 3 – Cycle low not solidly established yet

It’s still too early to be expecting a major, lasting bottom for prices based on herd liquidation. Instead, as explained, the surprisingly strong pace of expansion suggests there may be more downside ahead for cattle futures and cash prices somewhere down the road.

How far down the road?

Based on our work on long-term market cycles (and as discussed in our April 21, 2016 post) we still believe we should see major cycle low for cattle sometime between mid-2017 and 2020 from the record bull market that peaked in November 2014. That is the time window for a typical 10-12 year cycle low.

And this cyclic research fits with the data in the inventory report: the expansion of the beef herd supports the idea that more price pressure on finished cattle lies in wait for the months ahead.

If past market action is any indication, the market should not fall any more than about 50% from its high, meaning prices could eventually bottom out at around US$82/cwt. That’s a worst case scenario.

The moderation in expansion implied by the recent USDA inventory report would support the idea prices should not get any lower than that. And again, we’re not saying the market will get that low during the next cyclic bottom – that’s just a worst case support area.

Of note, the low of last October was just under $95 (based on nearby futures). The market might not get much lower than that, even during the worst of the cyclic low ebb ahead.

Bottom line: Regardless of how low prices go, or exactly when the brunt of the price pressure is felt, consider this: if you’re looking to expand your herd during the next cycle low (a strategy that can usually work quite well), time is on your side. No rush.

The total US cattle inventory also remains at the bottom of the range seen in the 1950s.

The beef production is getting bigger but not to the same degree as competitive meat production machines, i.e. pork and poultry.

Bottom line: The just-moderate pace of expansion hints that cattle and beef prices should continue to maintain a healthy spread over hogs/pork and over chickens/poultry meat.

With more cattle on the way, further price pressure is on the way as well. Prices may not get much, if any worse than in October 2016. In a worst case situation we would expect the low ebb to hold at the US$82/cwt area for nearby cattle futures.

Finally, remember that the American cattle herd is still not large on a historical basis, and the market outlook still heavily depends on various wildcards, including potential trade upsets and currency fluctuations that may positively or negatively affect offshore demand.