This Week: With More Corn, More Cattle Supplies Ahead

When corn supplies rise, rising beef supplies usually are not far behind. And there’s little doubt there’s lots of corn and more beef is ahead. 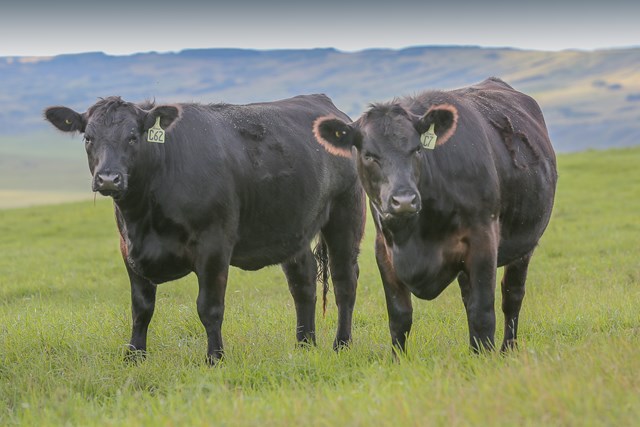 When corn supplies rise, rising beef supplies usually are not far behind. And there’s little doubt there’s lots of corn and more beef is ahead.

With the USDA surprising with the highest corn yield on record in its latest monthly supply-demand update on Nov. 9, it seems the die is cast for the U.S. corn crop.

For those who missed it, the USDA’s November supply-demand update pegged the average 2017 U.S. corn yield at a record high 175.4 bu/acre, up a major 3.6 bu from the October estimate and easily blowing past the average pre-report trade guess that had the yield at just 172.3 bu.

With the increase in the average yield estimate – and with harvested area holding steady from last month at 83.1 million acres – production was bumped all the way up to 14.578 billion bu, second only to the 2016 crop in size.

That’s a heck of a lot of corn, a good chunk of which will be used to feed cattle.

Although the USDA did at least offset some of the increased supply by raising its 2017-18 corn export forecast by 75 million bu to 1.925 billion, projected ending stocks for the current marketing year still ended up growing to 2.487 billion bu, up 147 million from a month earlier and comfortably above the 2016-17 ending stocks level of 2.295 billion bu.

Translation: a surplus could build.

While the projected range for the season-average corn price received by corn producers was unchanged from October at US$2.80 to $3.60/bu, the implication of larger corn supplies seemed to filter down to the USDA’s livestock estimates in a very meaningful way.

For 2018, the government is now projecting American beef output at 27.687 billion lbs, up from 27.362 billion last month and more than 1.2 billion lbs more than the previous year’s 26.467 billion. If accurate, it would be the largest amount of beef ever produced in the U.S., surpassing the previous high notched in 2002, according to the Nov. 10 edition of the CME Daily Livestock Report.

As noted in our previous blog post there is some evidence that beef herd expansion in the U.S. may be slowing, although not yet reversing. So, even if the availability of cheap feed doesn’t necessarily bring more animals to market, it likely does mean those animals that come to town will be heavier, thus resulting in more beef.

It’s also worth noting the USDA also revised its pork production estimates for 2018 higher from last month, with total red meat output for next year now expected at 54.856 billion lbs, an increase of 4.5% from the previous year.

Although total estimated poultry production for next year did edge lower from October, there’s still plenty of meat for consumers and the export markets to chew through.

Heavier supplies will mean domestic and export demand will have to hold up.

On the export side, the latest statistics show U.S. beef exports continued to trend higher in September, compared to pork shipments, which were flat compared to the previous month. For the January-September period, beef export volume was 926,985 tonnes, up 9% from the first three quarters of 2016.

Meanwhile, U.S. per capita consumption in 2018 is currently projected at just over 59 lbs, up 3.3% from a year earlier.

After a wild rally that pulled the market into overbought territory, futures slipped back from Nov. 6 to 11. The market could take a run at the highs, during the next few days, but there is a possibility the charts are forming a topping pattern.

Some of the rally heading into early November, before the recent break, was powered by speculation. Spec funds are still holding a large net long in cattle. They might keep buying, but one of these days a larger flush of dumping by these funds could push futures down.

Considering the large supplies ahead, the chart pattern and the spec longs crowding the futures market, beef producers who want to contract or hedge a portion of their 2018 finished cattle marketings have some rationale for scaling in positions. The idea would be especially attractive during a modest rally toward the recent highs. Other opportunities may come near the typical seasonal high closer to the April timeframe.

The long-term strategy is to move forward with full recognition of the challenges that can come with rising meat supplies.