This Week in: Herd Expansion, Contraction Beat Goes On

Previous reports have noted a growing body of evidence that would seem to suggest that American cattle producers are beginning to slow the pace of herd expansion – even if they haven’t yet actually started to cut back. 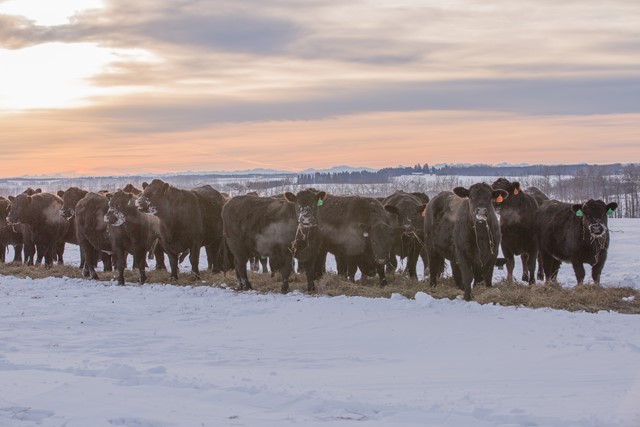 Previous reports have noted a growing body of evidence that would seem to suggest that American cattle producers are beginning to slow the pace of herd expansion – even if they haven’t yet actually started to cut back.

All of which begs the question: When might producers fully switch from herd expansion to contraction? After all, the number of cows going to slaughter, part of the supply side, is one of the primary factors that dictates market price direction.

In baseline projections released in late November, the USDA took its best shot at forecasting that tipping point, using assumptions about macroeconomic conditions, policy, weather and international developments to project annual beef herd numbers out until 2027. So, what are the numbers saying?

For starters, the USA believes herd expansion will continue into 2018, with the number of beef cattle rising just over 1% or about 1 million head from the current year to 94.5 million. That number is expected to hold steady into 2019 before declining ever so slightly in 2020 to 93.9 million head. After that, beef cattle numbers are projected to trend steadily lower for the next few years, bottoming out the projection period in 2025 at just over 92 million head. The size of the beef herd is projected to start rebounding again in 2026 and 2027.

Start of slow liquidation phase in 2020

The number of beef cows is projected to take on a similar trajectory, topping at 32.2 million head in 2019 before moving lower and finally touching bottom in 2025 at just over 31 million.

If accurate, that would seem to fit with the generally accepted idea that when herd expansion gets underway, the process generally lasts about six years, give or take. Back in July of this year, the USDA pegged the total number of cattle (beef and dairy) in the U.S. at 102.6 million, up 4% from two years earlier and continuing an upward trend that began in 2015, when the number of American cattle posted the first annual increase since 2006.

Now, it is important to realize there are no hard rules when it comes the expansion and contraction phases. From 1990 to 1996, cattle numbers increased, just as expected. However, starting in 1997, cattle numbers declined for eight straight years. Numbers started to rise again in 2004, but that was short-lived as the number of cattle started to turn lower again just two years later.

As most producers will no doubt remember, much of the longer-than-usual decline in U.S. cattle numbers between 2006 and 2014 was the result of rising feed prices and a multi-year southern Plains drought, which burned up pastures and other feed sources, forcing producers to liquidate their herds and setting the stage for the massive bull market in cattle that peaked in the fall of 2014. Of course, it was that explosion in prices that triggered the expansion phase that we’re in today.

As for commercial beef production, the USDA sees the top coming in 2020 at 28.6 billion lbs, up from 28.3 billion a year earlier and potentially the highest on record. Declines of 1% and 0.1% are forecast for 2021 and 2022 before production starts to move gradually higher again in 2023.

Of course, it is market prices that ultimately dictate whether herd numbers rise or fall. As noted above, the bull market peak of a few years back started the expansion we’re seeing now, and all those extra cattle have sparked the lower prices which will cue the next contraction phase.

There are many factors that can influence the cattle outlook over the next decade, including the potential for another drought, trade issues, or some unknown spike in domestic or foreign demand.

But all things being equal, it appears from the USDA’s projections the expansion and contraction beat in the cattle industry will go on pretty much as it usually does. Plan accordingly.