While the task of raising and showing an animal is a huge commitment that requires time management, patience, and skill; the year 2020 made the work that much more difficult in many ways. However, rural communities and families still came together to make the experience as memorable as possible. 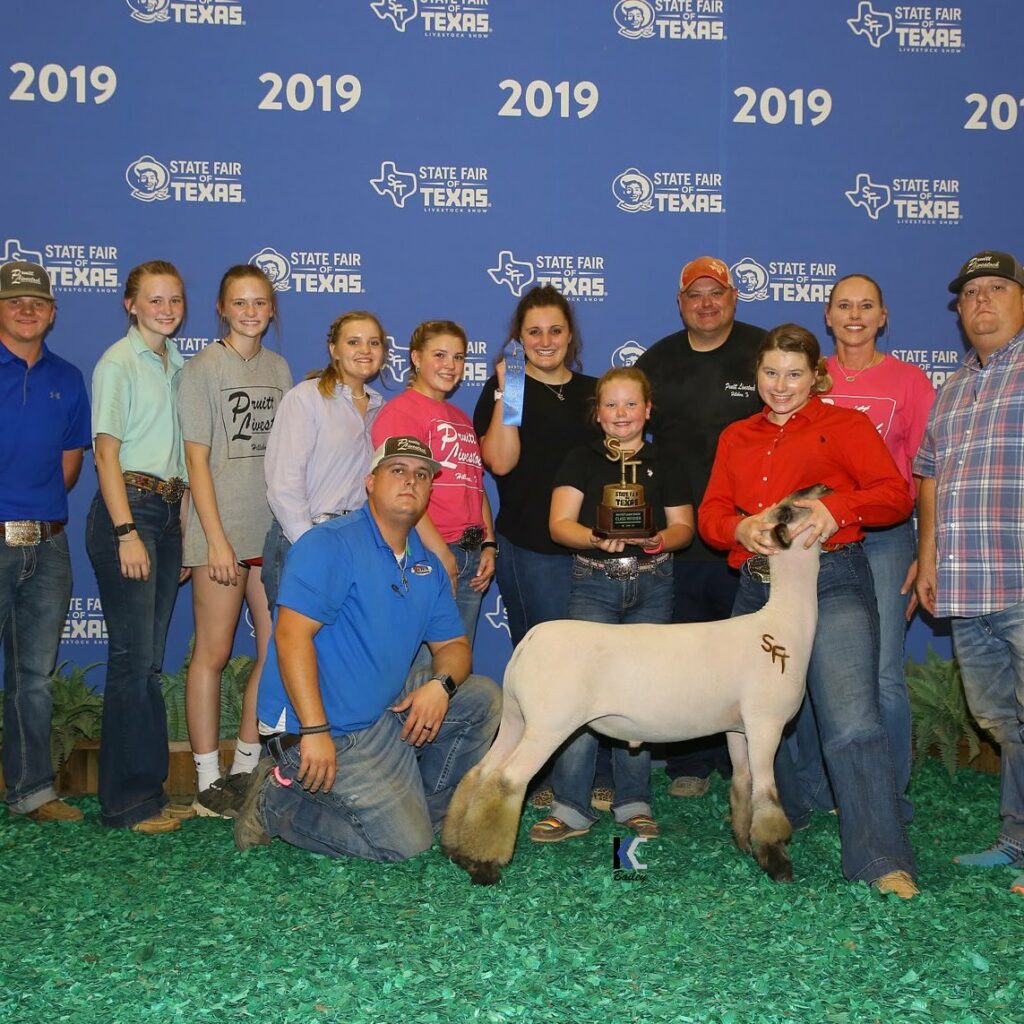 While the task of raising and showing an animal is a huge commitment that requires time management, patience, and skill; the year 2020 made the work that much more difficult in many ways. However, rural communities and families still came together to make the experience as memorable as possible.

For sisters Savannah and Madison Whitt of Midlothian, TX, counting on each other has also become a part of the livestock show experience. Savannah, the oldest of the two at 16, has been showing for the past 9 years. “My mom showed sheep as a kid and I fell in love with it the first year I raised a sheep.” Over the years, Savannah has become quite the sheep raiser, increasing her herd to over 11 sheep. “We search all over the country for the best ones” she mentions proudly.

As with many students, raising livestock makes for a very long day. “I wake up in the morning, I feed them Hi-Pro Show Feed, I go to school, then straight to the barn after school until about 8pm at night and then homework.” she says. “I walk and run my sheep every day, and we do showmanship after they are done working. Then they get some more Hi-Pro Feed.” Surprisingly, even with this rigorous schedule, Savannah still finds time to be an officer in her local FFA chapter and to volunteer with her church.

Savannah had a big support system to help her grow in her work with sheep. Her parents have been her biggest supporters, but her ag teacher and sheep breeder JD Pruitt have also had a big influence on her. “JD Pruitt has been a huge mentor. He’s my fitter and he taught me how to show and how to feed. He and my parents play a huge role in my success.”

Of course, as in many ag families, little sister has been there along the way as well. “She was always helping me in the barn, so I was able to teach her what I know and help her along.”

Madison, 11 years old, says her sister has been a big influence on her. “It’s fun to learn from her. Sometimes I worry I can’t reach the goals she sets for me, because she challenges me. But I look up to her and want to be just like her.”

Madison’s first two years showing, she followed in big sister’s footsteps and also showed a sheep. This year, however, she stepped out on her own and chose to show pigs. “The hardest part about switching to pigs was in the beginning I had to learn what to do so they would get used to me. I had to learn how to show them, and walk them the correct way.” Madison credits her ag teachers with helping her learn. “There are a lot of differences!” she explains. “At first, I was scared because I’m used to walking something on a halter, not free roaming.  After working with them it’s a lot easier, so long as you keep their head up.”

Walking and showing pigs isn’t just different from sheep in the show ring, Madison’s routine at the barn was also different. She explains “In the morning we’ll go up and we’ll feed them, and I’ll brush them so they don’t have shavings on them and their skin stays moisturized. After school I walk them for 30 minutes each and then I put them in the wash rack and clean their pens. I feed and water them as needed and put them back. I brush them one more time, and that’s my daily schedule. I wash them three times a week.” In addition to this routine, Madison also finds extra time to volunteer at church and church camps.

For Madison, watching the pigs grow from their youth into seasoned and trained show animals is her favorite part of the livestock show experience. However, for both sisters, working in the show ring and seeing all their hard work pay off is, ultimately, the best part of raising a show animal. Both girls describe the butterflies they feel before they show, and the elation when they find out they won.

Of course, that is a big part of what made 2020 an especially challenging year for the Whitt sisters, as well as many other young ag students. “This year has been everything but normal.” says Savannah. “In the livestock industry there has been a lot of uneasiness not knowing which shows were going to happen, and I was devastated when they cancelled Fort Worth. I get so emotionally attached to these sheep that it’s so devastating when I lose one.”

For Madison, online learning from home was a difficulty, “I had trouble keeping my grades up due to virtual learning, so I had to work twice as hard with my animals and in school.”

All that hard work and perseverance through an unusual and stressful year paid off for both Whitt sisters, with Savannah winning Grand Champion medium wool at the Ellis County Livestock Show and Madison winning Reserve Grand Champion at the Heart of Texas Livestock Show.

Hi-Pro Feeds is proud to support the strong and capable young people of agriculture, and the Whitt sisters are a strong example of the best of them.

For more information about our Show Feeds, click here.