Mycotoxins – What and How They Could Affect my Horse?

Molds are single-celled fungi that are found everywhere in nature. They grow on plants among other substrates in nature and play a role in the natural process of plant decay. Molds can become a concern to livestock and horse owners due to the fact that they grow on cereal grains and forages that are meant to be utilized as livestock and horse feeds. 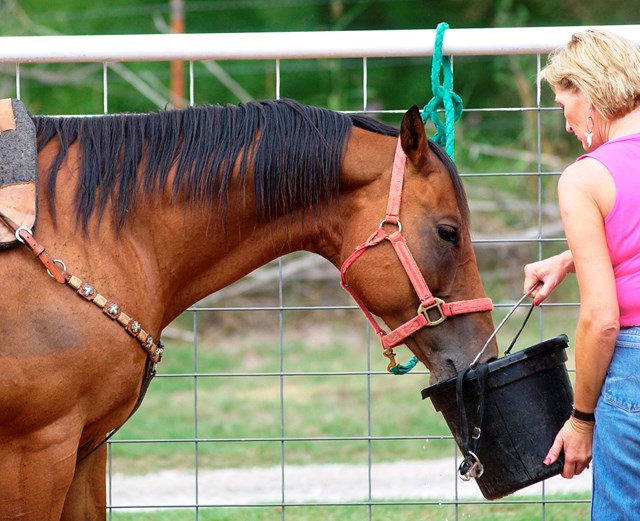 Molds are single-celled fungi that are found everywhere in nature.  They grow on plants among other substrates in nature and play a role in the natural process of plant decay.  Molds can become a concern to livestock and horse owners due to the fact that they grow on cereal grains and forages that are meant to be utilized as livestock and horse feeds.  During times of high relative humidity, plant stress, or high finished feed moisture content (>12%), molds may produce large amounts of various types of organisms known as mycotoxins. Some species of molds produce single mycotoxins, while others produce multiple mycotoxins.  It is important to note that mycotoxins can occur at any stage of plant growth, as well as after harvest, in transport, or in storage where conditions are conducive to mycotoxin production.  While there are over 100 known species of fungi that produce mycotoxins, aflatoxins and fumonisins are two species that have been identified as commonly occurring and potentially harmful in horses.

Aflatoxins were discovered in the 1960’s.  There are four major species of aflatoxins that have been identified with varying levels of toxicity.  In general, signs of aflatoxin toxicity include reduced growth rate, weight loss, immune suppression, jaundice, bloody diarrhea, reduced performance, and potential death.  The liver seems to be the major target of the alflatoxins, which cause necrosis of the liver cells as well as create other complications.  Currently, less than 20 ppb aflatoxin in feed is considered to be safe.

There are more than thirty fumonisins that have been identified with new strains still being discovered.  Fumonisins are known to cause equine leukoencephalomalacia (ELEM), commonly referred to as moldy corn poisoning or blind staggers.  Fumonisins can also adversely affect the brain, lungs, liver, esophagus, kidneys, pancreas, testes, thymus, gastrointestinal tract, and blood cells.  While fumonisins can affect many types of mammalian species, horses seem to be the most sensitive to the toxicosis.  The Food and Drug Administration has recommended 5 ppm as the upper limit in corn, and corn byproducts that are intended for equine consumption. Symptoms reflect a head injury, parlysis of lips and tongue, and convulsions.  The disease progresses rapidly with mortality near 100%.  There is no specific treatment for fumonisin toxicity in horses. 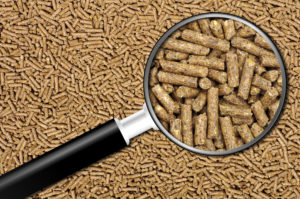 Because of the harmful effects of mycotoxins in horses, it is important that grains are properly managed through all stages of production and manufacturing.  Reduction and  elimination of mycotoxin exposure to horses is a process that starts from the planting and growing of the grains through to transport and storage, as well as manufacturing of the finished feed product and proper storage.  Selecting grains from geographical areas that are known to have lower incidence of mycotoxins is one of the first measures followed by testing the incoming grains at the feed mill, and storing them in a dry, secure area.  Upon manufacturing of finished feed products, feed ingredients can be used such as yeast extracts to help to detoxify or reduce activity of the toxic compounds. Other agents have also demonstrated characteristics to help reduce the further production of mycotoxins so that finished feeds remain safe.  If mycotoxin toxocosis is suspected, feed should be immediately removed, and a veterinarian should be contacted.

Hi-Pro Feeds is committed to taking every necessary step to produce the safest and highest quality horse feed products by following strict measures throughout the entire process of manufacturing.