One of the more overlooked minerals in ruminant nutrition is sulfur.  A key ingredient in formation of some amino acids, formation of collagen, hormones, vitamins, and oxygen carriers, sulfur makes up around 0.25% of an animal’s bodyweight. 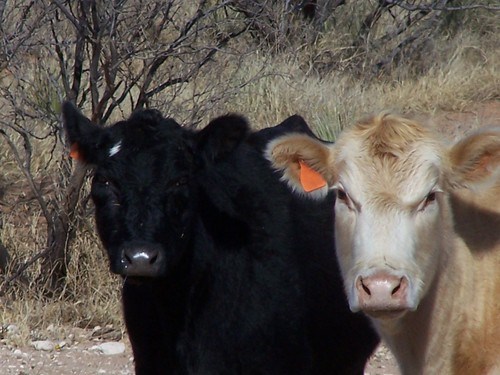 One of the more overlooked minerals in ruminant nutrition is sulfur.  A key ingredient in formation of some amino acids, formation of collagen, hormones, vitamins, and oxygen carriers, this nutrient makes up around 0.25% of an animal’s bodyweight.

As long as forages are green, they generally have a sufficient level of sulfur in them.  However, when ruminants are primarily grazing dormant forages, deficiencies, especially during lactation, can be large.  Also, if you use urea as a protein supplement for your ruminants, you have to be sure you have ample intake into the rumen for the microorganisms to be able to manufacture the sulfur containing amino acids.

Because it is contained in four of the amino acids that make up protein, the sulfur content of forages tends to parallel the protein content.  If the protein content is high, then the sulfur content is generally high.  As a rule of thumb, you can multiply the percent protein times 0.015 to get the percent sulfur in a forage, or feed.  For example, a forage that is 8.0% protein would normally be expected to have a sulfur level of 0.12%.  This is because of the relationship of sulfur in some of the amino acids.

This relationship holds true for most native forages, however,  some plants are exceptions.  The sorghum-sudan grasses and hays tend to be lower in sulfur than the protein content would lead you to believe.  Bermudagrasses and alfalfa, especially if they are fertilized well, tend to have higher than anticipated levels.  Although I don’t know for sure, since no one has done extensive amino acid analysis of these forages, I believe that a lower sulfur level than the 0.015 times the protein level is indicative of a lesser amount containing amino acids than a forage with a higher level in it.

So what difference does the sulfur level make anyway?  Well as mentioned earlier, because of its inclusion in certain amino acids, to build muscle mass, you must have an ample amount. Also, since the microorganisms manufacture amino acids in the rumen from nitrogen containing compounds, ample amounts are necessary to prevent deficiencies in these sulfur containing amino acids.  Also, mohair production in Angora goats, wool production in sheep, and antler growth in deer increase the need in those species of ruminants.

As with all the other minerals discussed in this series, the form that sulfur is in will determine its availability.  The most available source is L-methionine, an amino acid that breaks down rapidly in the rumen releasing the sulfur for use by the microorganisms.  After methionine, the more available sources are the sulfate minerals (potassium sulfate, magnesium sulfate, etc.) and ammonium sulfate, a source of both nitrogen and sulfur to the rumen.

The least available source of sulfur is elemental.  This is the form that is in a “yellow” sulfur salt block.  Many ranchers think they are helping their stock by keeping out sulfur salt blocks. Aside from the salt in the block, they are really not providing much usable minerals at all.

While sulfur is one of the “macro” minerals, meaning that it is present in the body in concentrations greater than 100 parts per billion, and they usually have a pretty large range of tolerances, sulfur’s range is fairly narrow.  The general recommendation for ruminants is 0.15% of the diet, the toxic level is listed as only 0.40%.  That toxic level is not written in stone, because like all of the other minerals, interactions can tie up sulfur making it less available.  However, very high intakes are potentially dangerous.

Just as a deficiency can result in reduced gains, milk production, and other measures of animal performance, so can a very high level of sulfur intake.  Probably the greatest problem from high  intakes is a condition called polioencephalomalacia (PEM).  Usually seen in animals on grain rations, PEM creates microorganism population shift in the rumen that causes a thiamin deficiency in the rumen.  One the first symptoms is that the animal gets diarrhea, becomes blind, and walks in circles.  They may also stand with their head looking back over their shoulders. Generally in pasture situations, you either find an animal in the pasture dead, or emaciated from being unable to forage and find water.

The only treatment is an injection of thiamin.  Because of the rumen microbe imbalance that created the problem in the first place, feeding thiamin has no effect on the condition.  If not treated within 48 hours from its inception, the animal generally dies.

I have seen this condition in some cattle grazing pastures of forages that contain very high levels of sulfur, and that were being supplemented with onion scraps from an onion ring manufacturer. It turns out that onions have a very high sulfur level.  When added together the cattle were getting a diet of around 0.46%.  What is interesting is that just a few of the cattle had this problem, and most of those were recently purchased cattle form outside this kind of environment.  This leads me to believe that there can be some level of tolerance built up to high sulfur diets.

Sulfur intake at levels too low to cause PEM but still high, can lead to copper deficiencies in that sulfur and molybdenum will bind with copper making it unavailable for absorption in the body. So, if your forage has high sulfur levels, you may want to increase the copper intake in your animals.

One last source of sulfur to consider that can be a problem for ruminants is water.  You’ll know high amounts by the “rotten egg” smell that is associated with sulfates in the water.  If you suspect that you have a high-sulfur content water source, have it tested to be sure.  If it is, take steps to decrease it in your supplements and increase the copper levels.

If your water is not high in sulfur, ensure that your mineral and/or other supplements have an ample amount when your livestock are grazing dormant, low protein forages.  In the summer, when protein levels and sulfur levels are high, sulfur supplementation is not so critical.

A forage sample taken during different seasons of the year will help you to determine the base  levels of your forages at different times of the year.  Use data like this to fine tune your mineral supplement to provide the minerals that your livestock need to maintain a high level of productivity.

Sulfur is one of the most important minerals we deal with in ruminant nutrition.  Yet it is many times not listed on the supplement labels.  If it is not, don’t be afraid to ask your dealer, or feed manufacturer, what the levels are, as well as the other minerals not listed on the label. Being informed is your right.  It’s also the way you make sure your ruminants have the nutrients they need to be profitable.