Low Prices and Plenty of Headwinds for Cattle Market

After already plunging to near 5 ½ year lows, one should think the worst must be over for downtrodden cattle futures. Indeed, the October cattle future lost more than $2 on Friday (Sept. 2) to close at $101.53 – the lowest point for the nearby contract since December, 2010. The December future has plunged more than $14/cwt since notching a short-term rally high on Aug. 10. 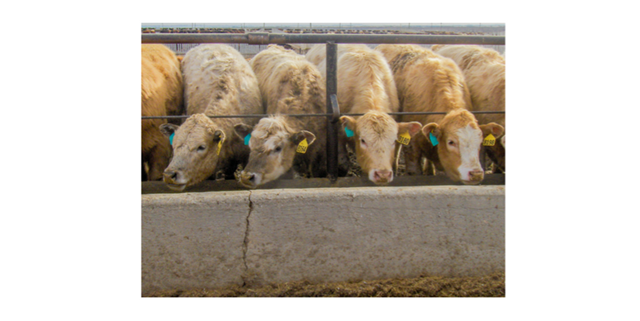 After already plunging to near 5 ½ year lows, one should think the worst must be over for downtrodden cattle futures.

Indeed, the October cattle future lost more than $2 on Friday (Sept. 2) to close at $101.53 – the lowest point for the nearby contract since December, 2010. The December future has plunged more than $14/cwt since notching a short-term rally high on Aug. 10.

The October 2017 future posted a trade today under $98. Illustrating the seriousness of the bearish long-term bias of some traders and hedgers, it’s gotten to the point where the futures market seems due for turnaround, if not terribly overdue. Sometimes when the market knifes down like this, it can turn higher quickly and sharply – and without warning.

The trouble is, as of press time, we still don’t have clear short signals the low is finally in place. Trying to peg the bottom can be like trying to catch a falling knife: you can get badly slashed.

Spec fund selling could be to blame for some of the weakness in futures but not all of it. There have been times in the past when the managed funds were stampeding to the exit doors with greater numbers than recently.

Regardless of who is selling futures or why, futures are deeply discounted to cash prices so one might think the last panic seller will hit the sell button soon. Again though, it’s dangerous to predict exactly when.

For their part, fundamental forces tend to say little or nothing about the specific timing of a bear market low for futures. But in the case of cash cattle, they do go some distance toward explaining why the market is currently labouring. A look at the general fundamentals suggests the headwinds remain strong – most notably the continued heavy supply of cattle and rising beef and meat production against a backdrop of demand uncertainty.

As noted in our previous blog post, the record high prices of 2014 have spurred herd expansion on both sides of the border, with the much improved pasture conditions on the southern Plains helping to further expedite things in the U.S. The American herd was up 3% from the year-earlier level as of Jan. 1, 2016, while Canadian numbers were 1.3% higher as of July 1, 2016.

Meanwhile, cheap feed and continued good pasture conditions are keeping the beef production assembly line humming. The USDA projected record high U.S. corn and soybean yields for this year, and cash corn prices delivered to elevators in some parts of the Midwest have already fallen below US$3/bu – even before the American harvest gets underway in earnest.

Pastures in Canada and the U.S. remain in excellent condition as well. As of the end of August – when drier weather would normally take an increasingly heavy toll on pasture growth and development – an estimated 53% of U.S. pastures were rated in good to excellent condition, 3 points higher than a year earlier and major 14 points above the 10-year average. In Canada, frequent rainfall has kept Prairie pastures green, although the moisture has also negatively impacted hay production. Feedgrain supplies are heavy.

The big supply of finished cattle and related heavy beef production, cheap corn and near ideal pasture conditions all add up to lots of beef now and continued expansion out into the future.

Thus far in 2016, around 4.3% more cattle have been slaughtered for beef in the U.S. Year-to-date American beef production is up even more sharply, an increase of 4.7% over last year. Just the past week, US beef production was reported up 5.3% from the same week of 2015.

These year-over-year increases probably won’t continue each and every week on into the New Year. There’s evidence cattle are being pulled ahead and slaughter levels are unlikely to maintain the current percentage gains. But even with smaller percentage gains such as 2% to 4% over year ago, cash prices could have trouble sporting sharp gains this fall.

At the same time the beef supply is rising, the demand side is questionable and hard to assess in terms of when and from what level we’ll see a recovery in prices. All that cheap corn and soymeal has shot pork and poultry production higher. And while grocery store beef prices are certainly declining, pork is coming down too, providing more competition for consumer dollars. Chicken prices have actually risen recently but whether that will eventually help support beef demand isn’t clear.

In the background, it’s hoped offshore export demand will add support to the beef market. Again though, that’s a long-term, underlying factor and not something saying much about where prices will be the next several weeks or the coming few months.

The fundamentals indicate the cattle market is destined to trade in a relatively low level range for quite some time, with modest rallies capped by ongoing ample beef and total meat supplies. The nature of futures is to undergo substantial volatility as futures overdo the upside and downside in dynamic and unpredictable fits. So there will be rallies, maybe big ones of $20-30 and the next sharp one could start soon. From current downtrodden levels, it’s far too late to be bearish –too late to chase the market with short positions. Same time, be careful about trying to pick the bottom.