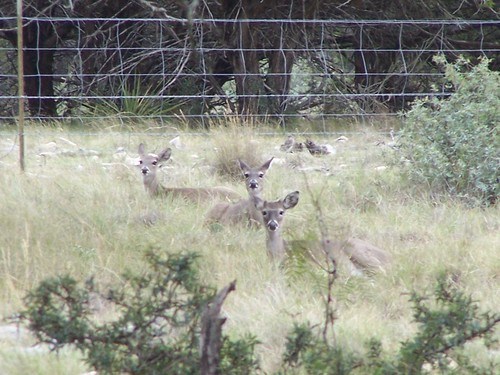 For those readers who may not know what I mean when I say “high fences”, I am referring to the eight-foot fencing being put up on lands now to enclose the wildlife population as well as any livestock on the land.

Good or bad, high fencing is here to stay, and increase in impact.  And while it is true that poor management can come close to destroying a natural habitat within a high fence.  It is really not that much different than when man first began to fence in livestock.

Even when the range was open, man over-stocked the range.  The only thing that helped to protect the natural habitat was that periodic droughts and severe winters killed off livestock numbers to allow the country to recover before more livestock could be raised to replace them.

Without trucks and railroads, in the early days, you couldn’t move livestock around very rapidly, so if there was a large die-off, it might take as much as three to five years to re-build numbers back up.

But in the 1870’s, man really began to settle the western states and found that even if they tried to manage their range resource well, when their neighbors didn’t it affected their livestock productivity.  Their answer was to begin fencing, thanks to Mr. Glidden’s great invention of barbed wire.

Over the years, as sheep and goats were fenced as well as cattle, more of the ranges became degraded from over grazing.  When droughts came, as they have and always will, the producers were able to maintain their animal numbers due to the new concept of supplemental feeding.  As trucking became possible, it also became possible to bring supplements to the ranch, and get them to the animals.  Of course, this led to more overuse of the range and greater deterioration.

But does that mean that we should try to prevent high fencing?  I don’t think so, even if we could.  In my opinion, those ranchers who grazed all the better forages from the native rangelands, and browsed all of the better browse from the Hill Country and Edwards Plateau have no ground to stand on in fighting high fencing.

High fencing is not the problem, no more that low fencing was.  It is the management that takes place within the fencing that causes the damage.  The livestock producers that first fenced the ranges have an excuse – they honestly didn’t know any better.  The knowledge of how forages grow and respond to grazing was nowhere near as advanced as it is now.

Now we have no excuse.  We do have that knowledge of how to use range resources in a way that allows for animal productivity as well as sustaining the range.  And anyone, low fence or high, that practices poor management can ruin the resource.

The answer to the problem of high fencing is to teach these new owners of the resource who put up high fences, how to manage their resource to perpetuate its productivity and health.  We need to encourage them to learn about plant management and animal behavior.   But first and foremost, the current livestock producers need to practice good range resource management.

The best way to teach people is to lead by example.  We all have to manage our resources in a way that sustains the plant population in a high state of productivity and continue to learn more about managing our resources and  improving them.

The increasing number of high fences going up on native lands is not going to stop.  It seems to me that those of us already in agriculture have two choices.  Either we stand aside and gripe and complain about how they will ruin the ecosystem, or we go over and extend our hand to offer the knowledge and expertise we have to help them learn to manage it better than our forefathers did when they first fenced the range.

We all have to do our part to utilize and conserve our natural resources, and help our new neighbors learn as well whether they have high or low fencing.   High fencing can either be blights on the land, or the next level of animal management on native ranges.  It’s up to the landowners and animal managers to insure that it doesn’t harm the ecosystem.  As an old saying from the sixties stated, “Be part of the solution, not part of the problem”.  I’m for being a part of the solution.

Click here to browse our Wildlife Feeds and Supplements.