I use the term “effective rainfall” because not all of the moisture that hits the ground is usable to the plants. Much of the rainfall that you get each year never finds its way into the soil to be used by the plants. And much that does reach the soil cannot be used either. 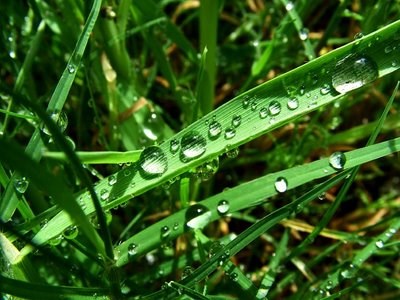 I use the term “effective rainfall” because not all of the moisture that hits the ground is usable to the plants.  Much of the rainfall that you get each year never finds its way into the soil to be used by the plants.  And much that does reach the soil cannot be used either.

A while back the Texas A & M Experiment Station at Sonora did some extensive work looking at how well the precipitation we get is utilized.  It turns out that a lot of the moisture that we count as rainfall, or snow, actually gets away and is not utilized by the plants.  However, there are some things you can do to improve the utilization of soil moisture.

The most obvious is that you need a ground cover of plants to help get more of the moisture into the soil.  Bare round is the worst condition you can have when rain is falling.  The first few drops hit the ground with such impact that they seal the soil surface.  This slows down the amount of moisture from subsequent rainfall that actually moves into the ground.

If you have a good cover of plants on your soils, however, the leaves absorb the impact of the raindrops, and the water falls softly to the soil surface and doesn’t compact it.  This allows more of the rainfall to infiltrate into the soil strata and decreases runoff.  So there is more soil moisture for potential utilization.

I use the word “potential” because there are a lot of other things that can happen to this soil moisture other than being taken up by plant roots.  One thing is that as the soil strata becomes saturated with water, some of it will move on down deeper into the strata, eventually into the water table.  This movement through the soil strata is called percolation. While percolation is water loss, it is necessary water loss, and only occurs when the soil is holding all of the water it can.

Sand is made up of quartz particles that are the largest particles of soil.  Anything larger is called rocks or pebbles.  There is less surface area in an aggregate of large particles, and since the amount of water a soil can hold is dependent on the amount of surface area in the soil, a sandy soil can hold the least amount of water of our soil types.  Clay particles are the smallest of the soil particles and can hold more water than sands.  Silt is the other clay particle and is in between sand and clay.

The infiltration rate of the different soil types is just the opposite of the water holding capacity.  Sands have the highest infiltration rate, followed by silt, and then clays.  So if you have a soil with a lot of clay particles in it (if it gets sticky when it’s muddy), it is even more important that you have a cover of plant leaves to allow it to take in more effective rainfall.

The plant cover also helps in another source of water loss, evaporation.  Evaporation occurs when the moisture is lost into the air.  Hot temperatures, low humidities, and winds all increase the amount and rate of evaporation from the soil.  Having a ground cover of plants helps in that is shades the soil, thus keeping the temperature at the soil surface lower, and will break up winds at ground level, both of which will reduce evaporation.  You can’t really do much about the humidity.

You can see from this that there is more benefit from keeping a residual amount of forage on your pastures than just the health of the plants.  The principles of good range management generally have more than one benefit.

The same is true with brush control in your pastures.  Research conducted by Thomas L. Thurow and Justin W. Hester at the Sonora Station, and reported in the proceedings of the 1997 Juniper Symposium revealed the impact of brush on how much of the rainfall actually went into the ground.  You see, in all cases some of the rainfall fell onto plant leaves, evaporated, and never reached the ground.  For a 100% grass cover, that amount added up to only about 13% of the total effective rainfall.

However, with a 30% canopy of brush, the amount that evaporated from the leaves increased to 28%.  For a 60% canopy of brush, the rate was 42%.  This is water that never hits the ground, so has no chance of ever entering the soil and being used by plants.  For the Experiment Station at Sonora where the average rainfall is 22.6 inches a year, having a 60% cover of juniper reduced their “effective” rainfall to 12.6 inches per year.  That’s more like the Trans-Pecos rainfall than the Edwards Plateau.

Looking at this data, you can understand why many times there is a large increase in forage production when a rancher does some brush control work.  Not only does removing the brush reduce the amount of moisture used by the brush each year, but it also increases the amount of effective rainfall that actually reaches the soil.

It’s also the reason that in dry years, the forage grows earlier in the spring, and generates more growth, where you left a residual amount of forage compared to areas that were grazed shorter.  Grasses with a higher amount of residual forage at the end of the growing season are not only stronger for the next growing season, but have more soil moisture available to fuel that growth.

For those of you that depend on brush as part of your livestock’s diet, especially the goat producers and deer managers, don’t think you have to get rid of your browse plants.  There is some level of tradeoff in all that we do.  The nutritional value of the browse for goats and deer is necessary for those animals.  However, if you allow the browse to dominate your range, it can be a problem for both the amount of moisture reaching the ground, and the diversity of diet for your animals.

Too much brush is not good for any class of livestock, or wildlife.  You should work to keep your less desirable brush species under control, while trying to encourage production of those more desirable species.  In doing so you will be able to provide the habitat necessary for your animals, and still get as much of the falling moisture into the ground where it can help the plants to grow.

Practicing good range management has many rewards for the livestock producer.  It results in healthier plants that can handle stress better, more total forage production that can help increase carrying capacities, and increase the “effectiveness” of the rainfall you receive each year.  Especially with the drier than normal years you’ve had lately, getting more production from the small amount of rainfall you get is more important than ever.

Practice good water management.  Moderate your stocking rate to the amount of forage and browse you produce each year.  Minimize overgrazing that leaves areas bare and weakend plants.  Maintain a forage cover that will cover the ground to intercept the raindrops and prevent sealing of the soil surface.  Measures that will increase the “effectiveness” of the rainfall you receive will pay dividends in the end.