There are plenty of differences between U.S. and Canadian cattle producers, not the least of which is how quickly they have been expanding their herds over the past few years. 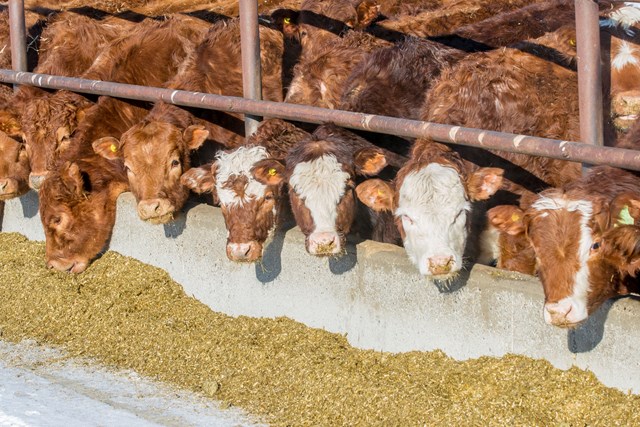 There are plenty of differences between U.S. and Canadian cattle producers, not the least of which is how quickly they have been expanding their herds over the past few years.

In January, the USDA pegged the total number of cattle in calves in the U.S. as of Jan. 1, 2017 at 93.6 million head, up 2% from a year earlier and following on the heels of a 3% increase the previous year. And the year before that, American cattle numbers were up 1%. So since sinking to the lowest since 1951 at the end of 2013, the number of cattle and calves in the U.S. has now grown by roughly 5.8 million head or 6.6%.

Now contrast that with the experience in Canada. A livestock inventory report released March 3 by Statistics Canada put the nationwide cattle herd as of Jan. 1, 2017 at 12.1 million head, up just 0.2% from a year earlier. The previous year’s increase in the herd was similarly miniscule, rising just 0.3% from Jan. 1, 2015 to Jan. 1, 2016. In fact, the Canadian herd is actually still slightly smaller than it was at the end of 2013, when it numbered an estimated 12.22 million head.

So what gives? American and Canadian cattle producers both shared in the high prices and strong profits that marked 2014 and 2015, so why is expansion so much more aggressive in the U.S. than in Canada?

According to Anne Wasko, a marketing analyst at Gateway Livestock in Alberta, the main reason for the difference in expansion is that U.S. and Canadian producers had a much different mindset during the boom times of a few years ago.

As producers on both sides of the border are no doubt aware, one of the biggest factors behind the big spike in cattle prices was the multi-year southern Plains drought which forced producers in the major cattle production states of Texas, Oklahoma and Kansas to liquidate their herds, eventually leading to a sharp reduction in the number of slaughter animals.

When the rains returned and pastures recovered – combined with record high market prices – Wasko said it was a “no-brainer” for U.S. producers to start rebuilding their herds again. Prices have since fallen again, but because it’s common for the American beef herd to be in expansion mode from four to six years at a time, the number of U.S. cattle is still rising.

As for the situation in Canada, Wasko said the drawdown in the number of cattle was not weather-related as it was in the U.S., but due more to a roughly eight to 10-year period of stagnant domestic markets and weak prices that followed the BSE crisis which began in 2003.

So when the good times in the cattle business returned again in Canada in 2014 and 2015, Wasko said producers on this side of the border were not so much focused on trying to get bigger and cash in, but in trying to perhaps gain back a little of what they had lost the previous decade.

“The profits that were made by those who were still in business – and keep in mind we lost about 25% of our producers (in the post-BSE period) – they really had a different focus. It was about building back equity, paying down debt, upgrading infrastructure; things that Canadian cattle producers hadn’t done in the previous 10 years that American producers had been doing.”

Expansion still a ways off in Canada

With cattle prices now back to earth after their earlier record highs, Wasko said it may still be years down the road before Canadian producers once again catch the expansion bug. The growth in the benchmark American cattle herd means prices for the remainder of this year and next year as well will be relatively weak, quashing any incentive Canadian producers may have to rebuild their herds.

“I’d be the last one to stand in front of a crowd and say, ‘ok, now it’s time to expand guys,’” she said. “Because we’re into a phase now where prices and profits are going to get pretty slim again.”

In fact, if the age-old cattle cycle is any indication, she said producers here will likely have to “batten down the hatches” for the next two to three years before the next upswing in prices occurs. At that time, with the equity rebuilding and debt repayments already complete, Canadian producers might finally be ready to start adding to their herds.

However, due to the unique experiences of Canadian cattlemen over the past 10-15 years, increases in beef output in Canada will take place very gradually, even under favourable market conditions.