Huge bear, big bounce, now retreating again Last fall we discussed the possible lows and potential profit to be made by putting cattle on feed during the crux of the deep break in prices for live and feeder cattle prices. The pendulum had swung from high prices in fall 2014 to terribly low prices by fall 2016. Everything seemed terribly bearish in the aftermath of the biggest bull market in history. It is during those deep, dark, bearish times that major lows are formed. Major lows for most North American cattle markets were formed in October 2016. 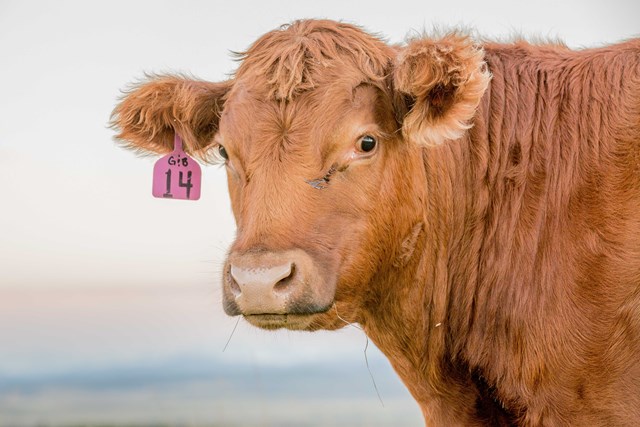 Last fall we discussed the possible lows and potential profit to be made by putting cattle on feed during the crux of the deep break in prices for live and feeder cattle prices.

The pendulum had swung from high prices in fall 2014 to terribly low prices by fall 2016. Everything seemed terribly bearish in the aftermath of the biggest bull market in history. It is during those deep, dark, bearish times that major lows are formed. Major lows for most North American cattle markets were formed in October 2016.

As the bottom was forged and the cattle markets started higher, there were questions about how high they might go. It was suggested at the time the upswing wouldn’t go very far, given high and rising supplies of beef and other meat.

In a post on Dec 13, we projected the US$130 to $138 area as an “upper limit” for the rally for the nearby futures. The advice was to not dream of about anything above that.

Turns out futures did rally into that area and then turned down. The nearby April 2017 future topped out at a fraction above $137 shortly before its expiration. The June contract peaked at a bit above $134, in early May.

A few cash markets briefly went above US$140 during the peak times in early May.

During spring when high prices prevailed, our columns touched on topping signals for the multi-month bounce.

One theme in our columns was that cash markets looked vulnerable to moving lower under the weight of rising supplies. Another key theme was that futures, which for quite some time were trading well below cash prices, were not nearly as vulnerable to deep losses as cash prices.

From the early May peak, some cash US live cattle prices have fallen $20-25. But since early May the August future has only eased roughly $13 from its highs. Oct and Dec futures are down a minor $7-8 from their highs which were in June.

Main trend for cash prices is probably down.

Step back and look at the chart and you can see the historic bearish mauling from Nov 2014 through into Oct 2016. You can see the sharp bounce up off the floor for about six months, recovering a big piece of the bear market loss. Now the market seems to be easing back to retrace some of the bounce, as it slips down toward that low-level floor

As the market declines toward the 2016 low, it’s hard to say whether it will fall to parity with that low level, or bottom out before it gets there.

It is also hard to say whether the lowest ebb will be this year or whether the bottoming process will be drawn out through 2018 or longer.

Regardless of the details, it’s safe to say at some point on the road during the bottoming process, there could/should be some excellent buying opportunities.

One threat to the beef business – and the pork business – comes from rising meat production in North America. The USDA’s quarterly hogs and pigs report, released June 29, highlighted a growing breeding herd capable of record pork output through at least the end of the year.

As a reminder, the report pegged the total hog inventory up 4% and the breeding herd up 2%.

Meanwhile, cash hogs are into a time window for a seasonal summer high before declining into autumn/early winter lows. Odds are good that hogs conform to their normal seasonal tendency this year.

And if cash hogs sink as we head toward fall and early winter, it won’t help cattle prices.

The spread of beef and cattle prices over pork and hog prices continues to be wide, which raises another reason why it would not be surprising to see bouts of lower cattle prices as we travel through the months ahead.

Our March 21, 2016 blog discussed this concept. With beef as expensive as it is in relation to pork, we’re bound to see a certain amount of consumer resistance for beef.

Granted, you don’t need to worry about live cattle falling back to the old days when we used to see them priced only very slightly over live hogs – as stated in our blog. But it wouldn’t be surprising to see some moderate narrowing of the spread in the months ahead. That means if both cattle and hog prices decline, cattle could slide more than hogs.

It would be easy to be friendly about cattle futures rising to meet cash prices soon, if only the cattle future weren’t so full of spec longs. The big spec fund money has a very heavy long position that someday will be unwound. It would be rare to see the market bottom out with a heavy load of long positions in place. The time to expect big rallies in futures is after the bullish spec players have left the building. They haven’t done that (yet).

Note to hedgers: Given the ongoing discounts in the futures markets, there are still not clear short-hedging opportunities for producers to prepare for whatever weakness may come in the cattle markets. Futures have shown some resilience just lately, hinting they’re not ready to fall heavily in the short-term.