Cattle futures: How will we know when a major low is forming?

In our previous post, we discussed 10 signals that might indicate a topping cattle market, including extremely high prices and extreme profitability. We all remember those times, when back in 2014 cattle prices soared to new all-time record highs and beef producers were enjoying the same kind of giddy profits that their grain and oilseed counterparts were able to cash in on a few years earlier. But as we all know, the good times don’t last. The cyclical nature of markets dictates that when prices soar, they typically crash just as hard. Indeed, when the nearby cattle future dropped to a six-year low around the middle of last month, it marked a decline of about 43% in the span of less than two years. 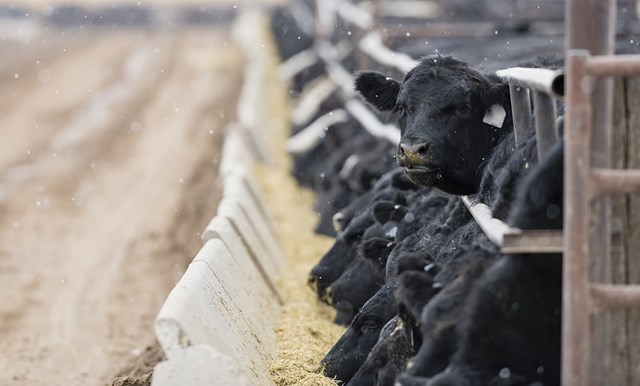 In our previous post, we discussed 10 signals that might indicate a topping cattle market, including extremely high prices and extreme profitability.

We all remember those times, when back in 2014 cattle prices soared to new all-time record highs and beef producers were enjoying the same kind of giddy profits that their grain and oilseed counterparts were able to cash in on a few years earlier. But as we all know, the good times don’t last. The cyclical nature of markets dictates that when prices soar, they typically crash just as hard. Indeed, when the nearby cattle future dropped to a six-year low around the middle of last month, it marked a decline of about 43% in the span of less than two years.

More lately though, the cattle market has shown some mettle, with the December contract climbing back above US$100 and posting a 3% gain over the final week of October. Baby steps to be certain, but the rebound likely has plenty of beef producers wondering if the apex of one of the worst cattle bear markets on record has finally now passed.

Given how far and how rapidly the cattle market did fall over the past couple of years, it would seem the time for a turnaround is in fact at hand – and perhaps it is. But just as a topping market is accompanied by tell-tale signs, so too is a bottoming one.

Let’s take a closer look at those classic bottoming signals one by one, to see if we can draw any conclusions about whether producers can look forward to brighter days ahead or if there’s still more pain to endure.

First some signals a major low could come in at any time.

1.  Widespread bearish news? Bear markets often culminate when the news seems the most bearish and the beef business has seen more than its share. From new all-time highs in red meat production and total meat production, to reports of continued cattle and swine herd expansion, to fear pork supplies could overwhelm the system causing a crash similar to the infamous stab down in late 1998, to a strong US currency which is limiting meat exports… the list goes on and on. What’s more, the bearish analysis is so prevalent it is pushing down deferred cattle futures (has been for quite some time) which actually adds to the possibility an important low is coming into place.

So yes, you can check this box. The prevailing bearishness is so severe it suggests a bottom is forming.

2.  Chart patterns allow for spike bottom? Clearly, yes. Unlike a lot of markets, cattle futures tend to form spike bottoms rather than slow, long-lasting rounded, bottoming formations. This deep spike down should get a sharp bounce, even if it doesn’t last a long time. The bounce seen on the chart to date is small compared to the losses of the past couple years.

If you stand back and look at the 25 year chart, you’d have to believe this box can be checked.

3.  Bearish sentiment? Along with lots of negative news in the farm press, futures traders are weighing in with bearish ideas. One measure of bullish/bearish stances, the Bullish Consensus, has been at its lowest in years. Near the recent lows in mid-October, fewer than 20% of traders/analysts polled by the survey were bullish. That was the case not just for live cattle futures, but feeders too.

Conclusion is, the lack of bullish sentiment among analysts and industry participants does meet the criteria for a major low.

Green light. Latest price break will impact long-term expansion plans. You can check this off as a typical occurrence at an important low, although take note: It says nothing about the supply of cattle the next few months and nothing about the specific timing of the lowest price.

Now some indicators that are still sending mixed messages.

5.  Are cattle and beef cheap in comparison to other commodities and foods? No they’re not. Cattle have a wide spread over hogs. Beef could be called expensive in comparison to pork and poultry. Mind you, consumer demand is not bad. People are consuming what’s available at higher prices than five, 10, 15 years ago. But is this enough to shift the market into a multi-month advance? By itself probably not but it’s not saying cattle can’t go up either.

We’d leave this one blank. Don’t check it but don’t put a big X in there either.

6.  Speculators are short? Sometimes major lows in futures will occur about the time large spec funds are piling on short positions. When the downtrending market culminates, the short funds will run to buy back their positions. The short-covering will result in a strong rally, often irrespective of the fundamentals governing cash prices. Are specs overdoing the short side today? Funds are not massively short these markets. However, funds are about as bearish as they’ve been on feeder cattle anytime since 2010. For live cattle futures, funds have been holding a small net long in futures. However, when we look at the actual numbers of contracts the activity in the market (both long and short) is the highest it has been in a while. Spec fund longs and shorts are holding big positions. Maybe the funds are attracted by the wild swings. Maybe by big money players trying to bottom pick. Either way, cattle are pretty “in” with the funds these days, relatively speaking. No reason to say the market can’t be bottoming, just that the perfect signal is not lining up.

Conclusion: This indicator is mixed.

7.  Seasonal odds in the market’s favour? Seasonal tendencies allow for some price gains from late summer through into April, so the normal tendency would be favourable. Mind you, the market may not respect the seasonal normality, because during major bull and bear markets, seasonal tendencies don’t work so well.

Not sure it’s a valid indicator, but nothing in the seasonal research says the market can’t be bottoming.

8.  How about the short-term supplies, deliveries, etc.? Well, this is the sort of info you can get from sources other than us. It’s the conventional input many analysts rely on. Our take on it is that the latest USDA cattle on feed report released Oct. 21 is supportive. That report pegged placements into large US feedlots during September at 1.91 million. That was down 2% compare to September 2015 and was the lowest total for the month since the current series began in 1996.

You have the okay for more of a bounce, but we’d be more confident a sharp upmove after hogs get through the upcoming supply crunch.

9.  Are feeder cattle so cheap you can hardly give them away? No, there have been many times in past years when calves and feeder cattle were lower priced than today, both in Canada and the US. In Canada there is an abundance of low-priced, low quality grain which supports the price of feeder cattle. In the US, the biggest corn crop in history is coming off. And the calf crop in North America, while up from the past couple years, is small by the standards of the past 10 years. So we should not expect super-cheap animals to place on feed… but the point is, this might be a good time to put cattle on feed but it is not a no-brainer.

Not a bargain basement buying opportunity but could work anyway.

10.  Anything new fundamentally that could change the bearish avalanche? Hmmm… a downturn in the US $ that lifts US commodities in general? Something that affects consumer attitudes about pork or poultry like a food safety issue? Stronger than expected exports due to demand from China and/or factors that affect the ability of competitors such as Brazil? Such Black Swan events might tend to have a better chance of turning prices higher than lower because the market is already down so very far.

Not something to go to the bank with. Then again, it’s just as easy to dream up bullish surprises as bearish ones!

11.  How about the cyclic timing? Is this an ideal window for a major low? The basic nature of the marketplace is to overdo the upside and overdo the downside in a step-up, step-down dynamic. And the recent deep step down could be seen as a reasonable time for a low of some importance from the standpoint of several months. Indeed, we may be seeing a low ebb that holds for a couple years. However, neither the timing nor the fundamental data related to herd expansion/contraction offer any evidence that a major bottom for the long-term cattle cycle (which averages 10-12 years from high to high and low to low) is coming into place at this time.

Potential medium-term cyclic low coming in but too early for a major low in the long-term cycle.

12.  What about the macro markets? It can help to have a handle on the economic backdrop in which we are doing business. Is there a risk an economic downturn/stock market meltdown drag down consumer goods like beef? Well sure, that’s possible. It would be a better, safer idea to increase one’s ownership of cattle during the low of the business cycle when the stock market is down. During the financial crunch of late 2008/early 09, cattle futures and cash markets went down like just about everything else. Today we have more than seven years of rising stock market and economic recovery behind us. Not saying the trend could not persist for another year or two, but this macro factor speaks of some risk. Remember too, inflation is not high. There is deflation in the air, by some measures.

These are not bullish breezes in the economic backdrop for commodities or consumer goods like cattle/beef. If you want to be cautious, this could be part of your rationale. You might want to see if the various commodities including cattle maintain some stability after the US Presidential election, before drawing strong conclusions.

Bottom line: Some indicators lining up nicely for a low countered with a few mixed signals. No terribly bearish items on the list. All in all, not a bad set-up for an important low.