“That Rapid Start is really a good feed if you’re going to be weaning some calves.” says Bill Stovell. “I wasn’t sure the cattle would go to it and eat it. But when we got it in the bin, I tell you those calves went right to it. They cleaned that feed up like crazy!” 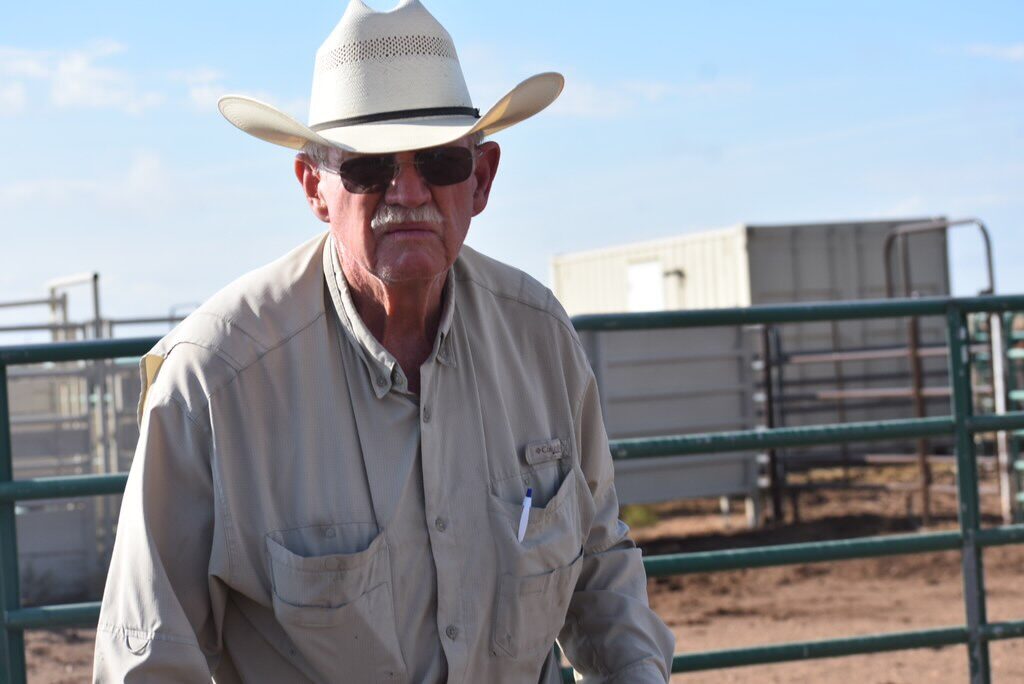 “That Rapid Start is really a good feed if you’re going to be weaning some calves.” says Bill Stovell. “I wasn’t sure the cattle would go to it and eat it. But when we got it in the bin, I tell you those calves went right to it. They cleaned that feed up like crazy!”

When Bill Stovell discusses animal feed, he knows what he’s talking about. Not only does he have a degree in Animal Science from Texas Tech, he also worked for Hi-Pro Feeds for 30 years, from 1971 until 2001. “Hi-Pro back in those days had two separate divisions. A feed division and an Animal Health division. I worked on the Animal Health side.” he explains. “We grew a little company in West Texas into what it is today. I left in 2001, but I’m very proud of what we accomplished. We did it because working for Hi-Pro wasn’t just a job, it was a family. Hi-Pro has that approach. It’s more than just working for a company, it’s a team effort and that’s still quite evident in all of Hi-Pro today. West Texans have a different work ethic from other areas and we were really blessed to have good people.”

Bill has that work ethic in spades. He grew up in the furthest west of West Texas, Alpine, just north of Big Bend, about 200 miles southeast of El Paso, and about 300 miles due west of San Antonio. Bill was involved in agriculture from an early age, and after a little time in the Army, he started his career with Hi-Pro. After 2001, he continued to work in agriculture business development and consulting, as well as taking on his wife’s family ranch in Roswell, NM.

In spite of his time away from Hi-Pro, when it comes to cattle Bill has stayed loyal Hi-Pro Feeds.  “The thing I like about Hi-Pro is that I can depend on a good product every time and I can depend on the people. My billing is on time, my feed is on time, and if I have a problem it doesn’t just sit on somebody’s desk. I hear back and they resolve it. Not every feed company is that way. Especially since we’re not a big player. We’re not a big ranch, we’re not a big customer, but they treat us like a big customer and that’s so important to us.”

Although Hi-Pro is the company he trusts, when it came time to switch from one Hi-Pro product to another, Bill hesitated. “We’ve weaned our calves on another of Hi-Pro’s feeds for years, and it’s an excellent ration. The calves go right to it, but I was looking for something I could feed with my strip hopper in a bulk overhead bin.  I talked to Hi-Pro and they recommended the Rapid Start. I was apprehensive about using a pelleted and switching feeds, but I talked to the plant manager and asked if the pelleted product would go through feeders well and they said it’ll do fine.”

Bill took the plunge and came out pleasantly surprised. “I had some wheat hay I fed along with it and the cattle never did get loose stools. I was very pleased. All the folks at Hi-Pro kept telling me these pellets would do well, but I was so apprehensive because I loved the other feed so much.”

But it isn’t just the convenience and palatability of the Rapid Start Bill is excited about, it’s the results. “I wanted to get them up 3% of their body weight and wow!” he exclaims “They did that in nothing flat. The Rapid Start pellets were just excellent.”

Bill Stovell is a great example of an employee turned customer who has never stopped being a part of the Hi-Pro Family. Hi-Pro Feeds 50-year legacy is not just about high quality and consistent feeds, but about our communities and relationships.

For more information about our Beef Products, click here.