Better Times Ahead in Beef Markets for Cattle Producers

After a terrible 2016, it looks like a better year ahead for North American cattle producers. Not that it should be all that difficult. Indeed, a lot of people could say, “how could it be worse?” after fed cattle futures slammed down by as much as one-third from Jan. 1 to mid-October 2016. Plenty of cash markets lost fully as much. And how can we forget those sharp losses followed on the heels of an already painful descent through 2015 as well. 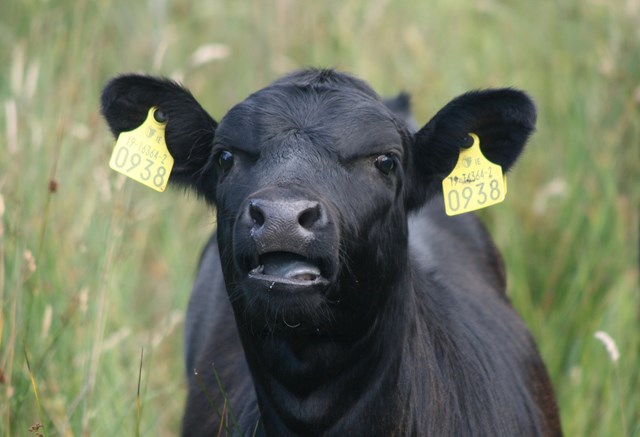 After a terrible 2016, it looks like a better year ahead for North American cattle producers.

Not that it should be all that difficult. Indeed, a lot of people could say, “how could it be worse?” after fed cattle futures slammed down by as much as one-third from Jan. 1 to mid-October 2016. Plenty of cash markets lost fully as much. And how can we forget those sharp losses followed on the heels of an already painful descent through 2015 as well.

The good news is that better times already started to appear this past year. For people selling cattle, 2016 got better after the market touched what appeared to be an important low around the middle of October. Since then, futures prices, and prices for most finished cattle, feeder cattle, calves, have advanced by various amounts and percentages. The price gains are seen on both sides of the Canadian/U.S. border.

(From just US$97 in mid-October, the February and April 2017 live cattle futures recently traded into the $115 to $119 area. This area was circled on the chart in our Dec.13 edition, as a target zone).

That’s not to say there won’t be some backtracking now and then.

In fact, it now appears the fall/early winter rally could tire before long. One reason to expect a setback before too long is the chart patterns for futures – after several weeks up, a rest is needed. Short-term technical indicators for futures point to setbacks soon too.

A USDA cattle inventory report due later this month will no doubt serve to remind traders that beef production remains in an upward trend.

Meanwhile, beef supplies remain heavy, with U.S. cattle slaughter expected to be well above a year ago during the first quarter of this year.

It’s reason to be wary, but we don’t suggest getting too bearish either. At press time, the futures are still trending up, gunning to extend their multi-week rally. Most cash cattle markets are holding up fairly well too.

It’s unlikely the next downturn will punch futures down terribly heavily. We believe the nearby February and April live cattle futures should be able to hold above their October low. Cash prices may turn moderately lower later this month, but the downside risk is not deep during the rest of the winter/early spring.

So why is just a moderate setback in the cards?

The simple answer is that producers have probably suffered enough. From the perspective of the long-term charts, the October through December bounce was small compared to the cliff-drop before it. That implies more of a bounce is possible, if not soon then down the road a piece.

Besides, this is January and seasonal odds tend to bode well heading into April.

Admittedly, cattle supplies and beef production are trending higher this year. But after the increases in 2016, percentage gains should be smaller. The number of cattle and calves on feed for the slaughter market in the U.S. totaled 10.7 million head on Dec. 1, 2016, 1% below the previous year.

And although the USDA recently projected first quarter beef production at a significant 3.8% more than in Q1 2016, the outlook for the second quarter was a minor 1.6% increase.

On the demand side, beef exports to non-Canadian buyers are moving well. And domestic demand for Canada and the US has a backdrop of better economic growth and less unemployment than a year ago. Inflation rates around the 2% area are supportive.

Base long-term plans on the idea a historic bear market is over, for the most part. Understand though, some basing action may be required as cash and futures prices may need to chop up and down through a valley floor before seeing more major, sustained longer-term gains.

Producers considering putting cattle on feed were given the green light in our reports several weeks ago. Now, with futures rallying, we’re suggesting our clients should check the futures board regularly to see if some profits can be locked in. At this stage of the game, hedging just a portion of the animals placed, not all, would be something to consider. This would protect against the possibility of a setback in futures and cash prices the next few weeks.

Heads up: The USDA inventory report, due Jan 31, will offer insight into the long-term position of the cattle cycle. We’ll offer some curtain raising thoughts next edition and report on the full show, in early February.