If you want security, reliability and predictability along with smooth, dependable returns, the beef business is not the place to be. It’s doubtful too many sectors of agriculture or indeed any sector of society can match the boom/bust swings of the cattle business that past five years. 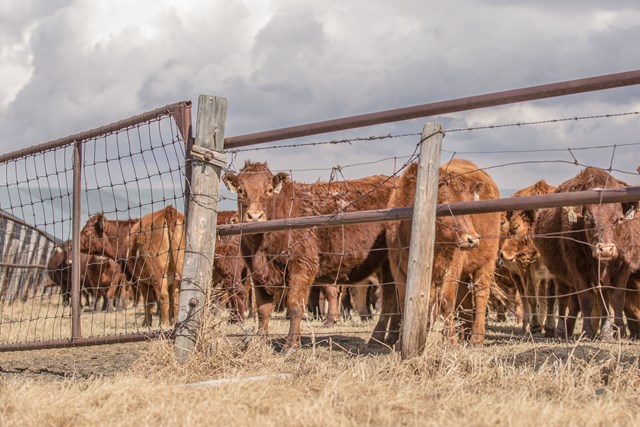 If you want security, reliability and predictability along with smooth, dependable returns, the beef business is not the place to be.

It’s doubtful too many sectors of agriculture or indeed any sector of society can match the boom/bust swings of the cattle business that past five years.

But there’s something good about this too. Those same wide swings in prices and profits that create uncertainty also create great opportunities not seen in quieter, more-dull markets and businesses.

Let’s look back at the massive swings.

2014 was the Mount Everest of bull markets.

Then, most of 2015 was a rocky, plummeting cliff drop for cattle and beef prices, followed by 2016 which was the ultimate uglier-than-ugly year for North American producers. Prices slamming lower throughout the year and eventually bottoming out in the fall.

Next came the bounce up off the valley low. And it has been one whopping strong comeback, which, as of today, keeps on coming.

In fact, on some fronts – for various data sets for live cattle and beef prices – the past six months have seen advances the likes of which have seldom been experienced in the industry. For the most part, the gains outstrip every 6-month period during the 2012 through 2014 record-setting bull market.

Nearby live cattle futures have retraced roughly 60% of what they lost after toppling from the bull market peak, in just a short six month period.

The rebound to the upside is bordering on incredible and step by step, lots of folks in the industry are managing to recoup a good deal of what they lost during the 2015 to fall-of-2016 period.

This bounce will lead to another downswing, but that’s another story, to be picked up again next edition.

Last blog, we listed some factors and indicators we’re watching for, that might tip us off as to when this upswing might be peaking.

We’ll update you in a couple weeks.

For now though, let’s take a look at the full impact of that 2015 and 2016 smash on the U.S. industry. It’s only now being fully calculated and the statistics are staggering.

In this regard, last week, the USDA released a report with the inauspicious title of “Annual summary of meat animals, production, disposition and income.”

Dry reading but some amazing data. The report lays out the immensity of the ups and downs of the past few years in terms of aggregate dollars.

No measure of the total value of cattle production is available in Canada, although Statistics Canada suggest producers experienced a similar trend in terms of farm income. Cash receipts from cattle and calves soared to $10.54 billion and $9.81 billion in 2015 and 2014, respectively. This after receipts of just $6.79 billion and $6.5 billion in 2013 and 2012. The numbers for 2016 aren’t all in yet but you can bet they’ll show steep declines.

So what’s the point of all this?

The point here is not to drive home the fact the record bull market boom is now over or how bad it was – producers have no doubt heard enough about that.

Rather, the idea is to reinforce the notion the farming business in general – and the beef business in particular – is highly cyclical. Good times are inevitably followed by tough times. And vice versa.

As such, it is always wise for producers to keep things in perspective. In the midst of a bull market and big returns, it may be easy to forget things will eventually turn over. Expansion or new machinery might seem like a good idea at the time, but can quickly become an anchor when prices head back down again.

Make no mistake, prices always go lower again, just as they will always get better. To smooth out the transitions, it’s just good planning for producers to use the good times to help protect against the bad times.

This business is going to continue offering a wild ride in the decade ahead.

In that now-past bull market of 2014, lots of producers had opportunity to put some money away for a rainy day. Much of 2015 and three-quarters of 2016 were indeed rainy days for the industry, if not downright tornadoes, as the statistics now fully reveal.

Now, for lots of folks, the big bounce higher is setting up another profitable phase, which will eventually be followed by the next shot lower.