A major low was notched last fall for cash cattle prices and cattle futures, as you know. Will prices go back to that low ebb? The futures market is saying “yes.” 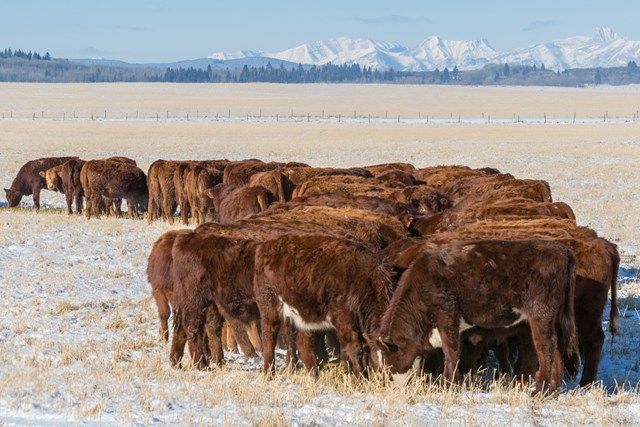 A major low was notched last fall for cash cattle prices and cattle futures, as you know. Will prices go back to that low ebb? The futures market is saying “yes.”

Deferred futures are deeply discounted to cash prices, which have taken a sharp run-up from that low point.

In fact, in October of 2016, the nearest futures contract at the time traded briefly below US$95/cwt. Today the lead April future is near $119. That’s a sizable advance of 25%.

And lots of finished cattle, dressed beef and meat cuts made greater percentage gains from October to today. So have feeder cattle and calves in various areas of North America. Just the past week, feeder futures rallied more than $4/cwt. In general it’s been a very sharp bounce after the bear market stabbed so deeply in 2016.

Is the bounce in cash markets over, or nearly over?

There is a new fundamental factor that might keep cattle and beef values where they are, or even push them higher in the months ahead.

This factor involves allegations that participants in Brazil’s meat industry have been involved in a cover-up of unsanitary and adulterated meat products. Much remains unknown, but if the situation blows up, it could prompt buyers to turn away from Brazil toward other suppliers such as the US and Canada, pushing prices here higher.

Already, Reuters has reported that China and South Korea have suspended some imports and the European Union is mulling action.

For its part, the futures market is still not suggesting cash US prices will climb higher.

The futures market seems to be focusing on the supply side, which at face value should be bearish. US beef production is meeting earlier expectations of a big increase in 2017. The past week, production weighed in at a little above 4% over the comparable week of 2016.

Meanwhile, cash prices often slip from April through into June, July and August and the futures prices for deferred months have been aligned for that seasonal tendency.

The current discount of futures relative to cash prices is not all that unusual. The past week, US cash cattle trade was around the $128 area, with cases above $130. The June future is slightly less than $110 at press time. That implies that if futures are right, cash prices will fall $20 by the time the June future expires. That seems like a lot, but from a seasonal perspective is not unprecedented.

What are the futures charts saying?

No clear bearish reversals are seen on the June or August futures charts at this time.

Here’s something to watch for:

With major news events such as the Brazil scandal, you will sometimes get some interesting clues. A sign the market is topping would come forth if futures refuse to move higher despite the developments in Brazil. That is not the case as this is written, but in the event the plot thickens, yet futures are unable to stay up and instead turn down, that might be your clue of underlying weakness and an opportunity to manage the downside risk.

So back to the question: Should beef producers avoid short hedging and contracting cattle, because of the deeply discounted futures? Or, should you just take your chances? For the time being, probably wait, but be alert for signs futures are rolling over.

Several weeks ago one of our reports suggested doing a little bit of hedging, in other words, taking partial protection, but not selling heavily.

That seems like the best course. We see no dire need to take further aggressive action today.